Earlier this week six students saved the life of a 90-year old man when they rushed into his duplex and rescued him out of the burning building. The students were from Rutgers University-Camden. Tammy Meneses and Vanessa Solis-Palma were heading home from a friend’s house near campus when they noticed thick smoke. Then they saw fire erupting from the window of a building a block away. 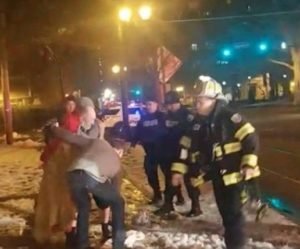 That’s when Meneses called the four friends that they were just with and all six of them ran towards the building. They all screamed, banged on the windows, and rattled the fences to catch the attention of anyone that might still be inside the building. 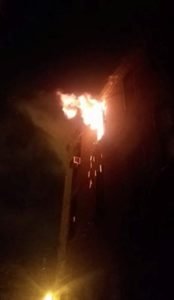 “I wasn’t really thinking. I just broke the front door glass,” said one of the students, Matteo Resanovic He unlocked the door from the inside and ran upstairs toward the fire. Resanovic and another friend managed to wake up a 90-year old man on the second floor and walk him out of the burning building. Soon firefighters arrived and had the fire under control in less than half an hour. While the elderly man’s wife was out and escaped the fire, his 60-year old son was not able to escape the fire on the third floor. But the elderly man is grateful for the actions of the college students that saved his life.

“I think it was really amazing that they considered the community and other people and their safety over themselves,” Mary Beth Daisey, vice chancellor of student affairs at Rutgers-Camden, said in statement.