College Kids knock on Dorms for Special Cause

In Iowa, a college junior named Jesse Richards needed money to pay for a traffic ticket. As a solution to this problem, he challenged his roommate, Mark Schussler, to a game called “What are the odds?”. The loser of the game would then have to collect 25 cents from each of the dorm rooms in campus and get enough money to pay for Richards’ traffic ticket. Unfortunately Richards lost the bet, and he had to knock on every door room to collect money for his ticket. But then realized that he did not want to pursue the dare for his own personal gain. 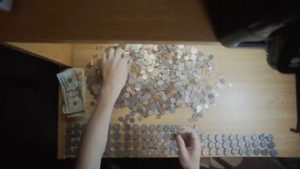 Richards decided to honor their agreement, but instead of using the money to pay for his traffic ticket, he would use to for a much nobler purpose. Richards was a big fan of the actor Ben Stiller and he had recently seen the campaign of Ben Stiller’s “Love Army for Somalia” on GoFundMe. Richards decided to donate all the money he would be able to raise to that cause instead. 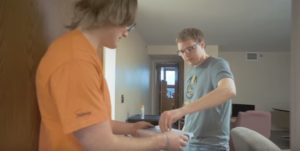 With a camera in hand, he and his roommate knocked on all the doors on the campus and asked for a donation from each of the people that answered the door. After just 4 hours going around the school grounds , Richards and Schussler knocked on more than 700 doors and they were able to receive over $250 in donations. Richards then tweeted the video on his twitter account. Later on, he was surprised to find out that Stiller himself had retweeted the video. “It’s so cool that Ben Stiller actually watched our video,” says Richards.