Chuck E. Cheese Employees Throw Boy Another Party After No One Shows up To His Birthday

Angel Kazanis wanted to make her 4-year old son Evan’s birthday special, so she invited 30 children to her son’s birthday bash at Chuck E. Cheese, a popular fast food restaurant for kids. But at the day of celebration, no one showed up for his party. The employees were heartbroken for Evan, so they threw him another birthday party. 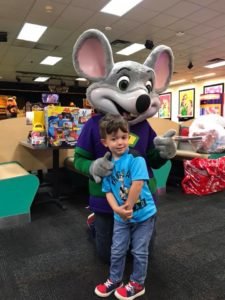 “A week ago, this little boy had his party at Chuck E. Cheese and played alone, and today Evan and his mom are having the best day ever,” said Chuck E. Cheese employee Taylor Inzinna. “For the past week and a half, I’ve been making sure I can give them everything this boy deserved.”

Inzinna wanted to give Evan more than just a party, so she reached out to family and friends to give this little boy birthday presents. After a few days, she had collected 13 gifts. Inzinna then contacted Kazanis and said the store wanted to do something special for Evan. They surprised him with another birthday party and gave him his very special gifts. 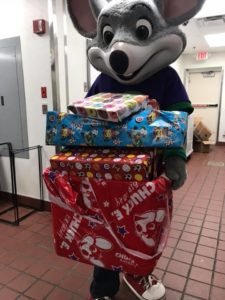 “The day he came back in, seeing the smile on his face was everything I wanted,” Inzinna said. “I had one goal that day and my goal was to make sure that he left happy. And he left going, ‘Oh my God, Mom, this is the best day ever’. Thank you so much to everyone who helped me make Evans birthday such a special day. My heart is so full and so, so happy.”