In dealing with science fiction in real world applications, nothing draws as much attention as the development of robotics. Robotics, androids, and artificial intelligence have always been one of the most fascinating topics in science fiction, and real science is not far behind. In a recent televised interview, the guest of the show was interviewed by a robot. Not just any robot. He was interviewed by Jia Jia, the famous interactive robot from China. 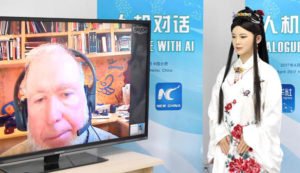 In a video that was posted online, a Chinese TV show used the robot Jia Jia in interviewing the founder and executive editor of Wired magazine, Kevin Kelly. Of course, the robot did not come up with the questions herself, and she was fed the corresponding replies by her controllers. But the dialogue was almost smooth, with Jia Jia even offering micro-expressions and body language that is often reserved for human being with real emotions. Despite the groundbreaking interview, the conversation was anything but organic. Jia Jia had to pause and wait for instructions from her handlers and controllers before venturing a reply or asking another question. 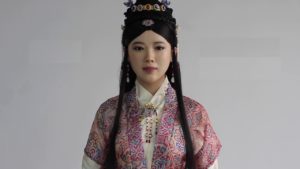 From an online perspective, you could almost believe the Jia Jia was an actual person. Jia Jia is fully functional with blinking eyes and a fully working mouth. Her facial features, such as her skin, eyes Â and lips, are so realistic that some people have even developed a crush to the robotic female. But Jia Jia is still light years away from being an actual robot that is indistinguishable from a human. Her lack of movement and her obvious stillness makes her seem like mannequin when seen in real life.