Despite being bedridden because of a head injury, Jessica Torres could not help smiling after the fiancÃ© of her brother Derrick, gave her a card that read “Will you be my bridesmaid?” According to the engaged Nicole Sullivan, there was no reason not to include her in the festivities. She also stated that she always wanted the sister of her husband to be a bridesmaid at her wedding. 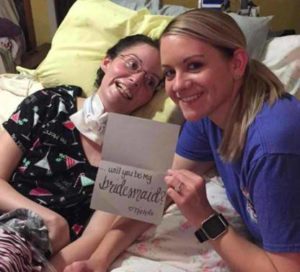 Jessica was driving home from a late night in 2011 when her tire blew out and she was launched out of the front windshield. According to her mom, she had not been wearing a seatbelt. The accident left her with traumatic brain injury. For the first few years after the accident, she had no communication and no expression. But the last few years showed an improvement with Jessica. The improvement included smiling, laughing, watching television, and following people with her eyes. For Nicole, asking Jessica to be part of her wedding was always part of the plan. 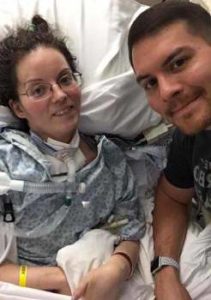 “I knew her briefly from high school. She was a year above me, so I knew who she was before,” explained Nicole. “It’s actually something I was thinking about long before we ever even thought we would be married. If we ever got married, I was going to have Jessie as my bridesmaid.” According to Nicole, Derrick actually suggested the idea first, but Nicole was upset because she wanted to surprise him with the gesture first and that she had always been thinking of asking Jessica to be part of their wedding someday.