Chinese Journalist Censored For Rolling Her Eyes At Press Con 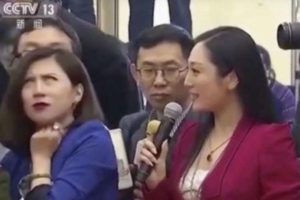 The reporter who asked the question was dressed in Communist Party red and asked a government official a long question at one of the press conferences held at China’s annual parliament, at the national people’s congress. The reaction of Xiangyi was captured as she was standing next to Huijun as she was asking the question. Xiangyi’s reaction, as well as the subsequent ban, has made the eye rolling clip go viral on social media through GIFs and memes. 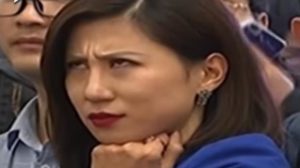 The Chinese government has since censored her name on famous Chinese platform Weibo. They also released a directive that said “all media personnel are prohibited from discussing the blue-clothed reporter incident on social media.” Xiangyi allegedly told one of her colleagues that she thought the question was a “softball question” because the reporter worked for a US-based channel with ties to the Chinese government. She also said that she thought Huinjun was “being an idiot”.

The censorship came at a precarious time in China’s political climate. XI Jinping announced that he will be getting rid of presidential term limits and will be President for the foreseeable future. The Chinese government also stepped in to censor the use of her name on all social media platforms and search engine searches.