China has released plans to launch a new moon. It’s just as crazy as it sounds!

They plan to have the new moon up and running in 2020. The goal is to have it be eight times brighter than the actual moon. They’re creating this artificial moon in an attempt to replace street lamps and lower costs of electricityÂ usage in urban areas.

In Chengdu, there is reportedly an ambitious plan afoot for replacing the city’s streetlights: boosting the glow of the real moon with that of a more powerful fake one. The south-western Chinese city plans to launch an illumination satellite in 2020. Accâ€¦ https://t.co/zjMgPTLBTb pic.twitter.com/HFcvZaul7a

The moon will be placed in space over the city of Chengdu. It will be using the light from the sun to reflect onto the city, just like the real moon. It’s definitely a huge feat, but China is ready to make it happen.

The most incredible part? They are projecting that this project will end up saving $170 million a year in electric costs to the city and its citizens. 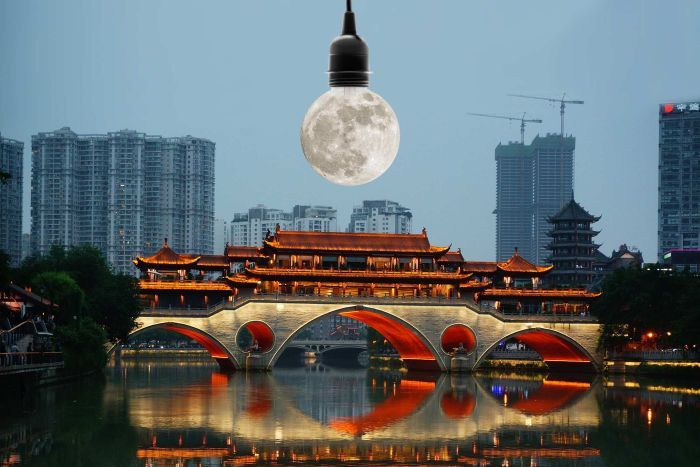 As outrageous as it sounds, everyone is hoping that it works! It’ll be a long road ahead before the artificial moon is ready to go, and then we will truly be able to see if it’s a solution or just a tourist attraction.