Chinese basketball fans took to social media to show their support and love for Stephon Marbury after the former NBA star announced that he would be terminated from his team in the CBA, the Beijing Shougang Ducks. According to Marbury, the team will be cutting his contract a year early, even though he offered to take a pay cut and continue as a playing coach. 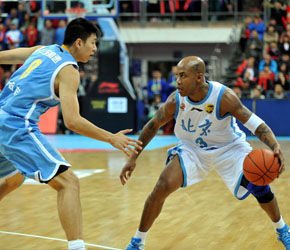 In an interview with an online news outlet, Marbury believes that one of the primary reasons that he was dropped by the club was because of his age. The 6’2” guard is 40 years old. And while he stated that these reasons were understandable, he also said that he feels healthy enough to contribute to the team and he is still able to play at a high level.

Marbury has been one of the more popular and successful NBA players that have tried their luck playing in the CBA (Chinese Basketball Association). Marbury was able to lead the team to championships in 2012, and back-to-back championships in 2014 and 2015. He has gained so much popularity that the New York native has had his own statue in the city, a museum, and postage stamps dedicated to him. There are even talks of a musical and an upcoming movie about his career in China. Marbury is also one of the rare foreigners that have been granted permanent residence in China. 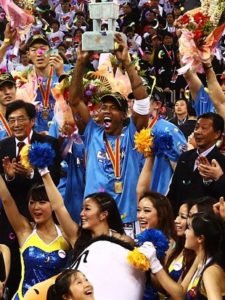 “I want to dedicate this last year of my career in the best way possible on the court for the CBA, then I’ll retire and work as a coach to help the basketball here for the rest of my life,” Marbury wrote. “Thank you for giving me a second life in the country. No matter where I am, I am a Beijinger.”