In the slums of Uganda, the game of chess is inspiring the youth to make something of themselves. The city of Katwe is a crime ridden slum found in the outskirts of the capital of Kampala. But in this city, you can find the Som Chess Academy. Here, many young people attend the academy each day to learn more about the game of chess. Among these young people includes 18-year old Richard Kato. 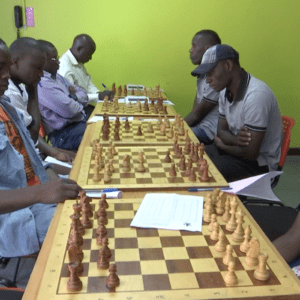 “Chess has given me a lot of opportunity,” says Kato. “I am at school because of chess. It’s also helped to provide meals at our home. And it has also helped me to acquire so many friends.” Kato was raised in poverty but he was sent to the chess club by his mother because the players were also offered free bowls of porridge. But over time, Kato proved himself to be one of the most promising chess players at the academy.

“After all the difficult situations we went through, I couldn’t imagine my children could be successful,” said Kato’s mother Gertrude Nanono. “Now I feel so proud and excited by what they have achieved.” Nanono raised Richard alone ever since her husband left them when Richard was still very young. 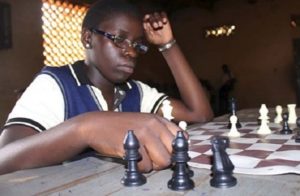 The Som Chess Academy was founded at a local church in 2004 by a missionary named Robert Katende. The academy has since opened up other centers in seven villages, including one at Kato’s village in Katwe. There have been several promising players that have been discovered at the academy, including Phiona Mutesi, who became an international chess prodigy. Mutesi also studies chess at the academy in Katwe and she is the topic of the new Disney film entitled “Queen of Katwe”.