Chance The Rapper Throws Holiday Party To Help the Homeless

Earlier this week, Grammy winning artist Chance the Rapper hosted a party at the Field Museum of Natural history in Chicago. The party was held to help raise funds for the homeless people of the city. To join the party, each guest had to pay the $15 ticket which included getting to enjoy holiday displays, dancing, live music, and some food. Some local children also made a special performance and sang. All the proceeds were sent charitable organizations within the city of Chicago. 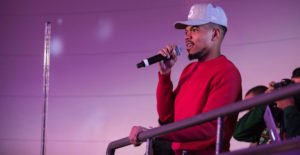 “Being a city that has one of the worst and coldest winters in America, I think it’s important that we take some time to appreciate, and work with, and work for the homeless population in Chicago,” Chance said in front of over 6,000 guests. Aside from donators, families in need were also invited to join the party, free of charge. The children that attended the party were sent home with a one of the 4,000 backpacks filled with toys, crayons, and other donated items. 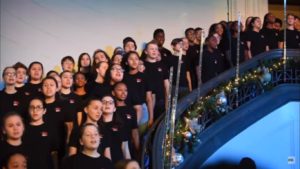 The holiday party was called Chance’s “A Night at the Museum”. It was organized by his non-profit organization called SocialWorks. The event was made in collaboration with other groups such as Bargains in a Box. The Bargains in a Box group was responsible for hundreds of backpacks full of toys donations.

“It takes a little bit of effort from a lot of people to make a huge impact on a family, to change the way their holiday goes and it’s what the season’s about,” said Bargains in a Box VP Brad Nardick.