Celebrating Star Wars Day with “May The Fourth” Be With You

May 4th is now considered to be the official holiday for the Star Wars franchise and has been dubbed as ‘Star Wars Day’. The day May 4th was chosen because of the pun on the film’s famous catchphrase “May the force be with you” as “May the fourth be with you”. What started out as a social media joke has now been adopted by Disney and the Lucasfilm Company, the owner of the Star Wars franchise, as well as the millions of fans worldwide. 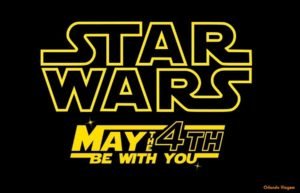 The day started out as a joke on a social media account celebrating Luke Skywalker, the main protagonist of the Star Wars film series. But eventually it caught on and spread through online posts and forums. The first official Star Wars day was celebrated in 2011 in Toronto, Canada, where the movie franchise was shown at the Toronto Underground Cinema. Since the Disney Company now owns the rights to the film franchise, they have also adopted May 4Â as the official Star Wars day since 2013. The following day, some fans even celebrate the ‘Revenge of the fifth’, which is in reference to the third movie in the series, the Star Wars: the Revenge of the Sith. 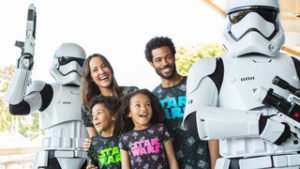 Star Wars has become one of the biggest film franchises in movie history and has spawned a cult culture following. The franchise first started with the first movie A New Hope in 1977 telling the story of young Luke Skywalker and his adventures with Han Solo and Princess Leia. The trilogy was completed in 1983. A prequel trilogy was again released in 1999, depicting the events that occurred before the first trilogy. Then when Disney purchased the rights to the film franchiseÂ they released a sequel trilogy in 2015Â to tell the story of what happens after the original trilogy of films.