According to zoologists that have obtained DNA evidence, wild wolves are returning to Denmark in the first time in 200 years. At least 5 wolves, including one female, have been tracked to enter the country. The wolves came in from Germany and set up their hunting grounds in the western part of Denmark, which is mostly an agricultural region. It is also one of the least populated regions of the country. 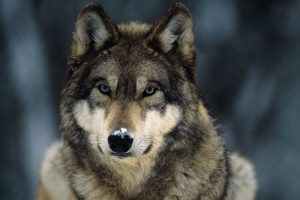 According to a scientist, the wolves traveled more than 300 miles to reach their destination. A theory is that these wolves were rejected by their families and are now looking for new hunting grounds. According to feces that was found in the area, there are at least four males and a female in the group, but there could be more. These findings are limited to one area and one group, so there could be more members from this wolf pack or even more wolf packs in the area. 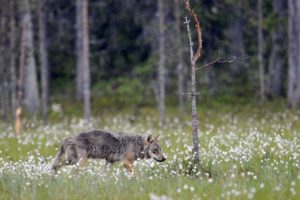 Other evidence such as paw prints and sightings of the wolves through video surveillance was revealed. It was always theorized that wolves had returned to the country but scientists are wary of the news for fear that it might attract hunters. But the Danish Environmental Protection Agency announced that they are following the whereabouts of the wolves to keep track of them and protect the animals. While the wolf is a protected species in some European countries, they are culled in others because they prey on farm animals and local pets.