Arguably the most heartwarming thing you’ll see all day was caught on CCTV, which shows a man cheering and jumping for joy after landing a job and receiving his first week’s wages.

The unidentified man, who has since gone viral, can be seen pumping his arms and running across the road in sheer joy after being offered a permanent job at a window supplier yesterday.

The homeless man was reportedly given the job after a trial period at Central RPL in West Bromwich, close to the homeless shelter he lives in at Wolverhampton. 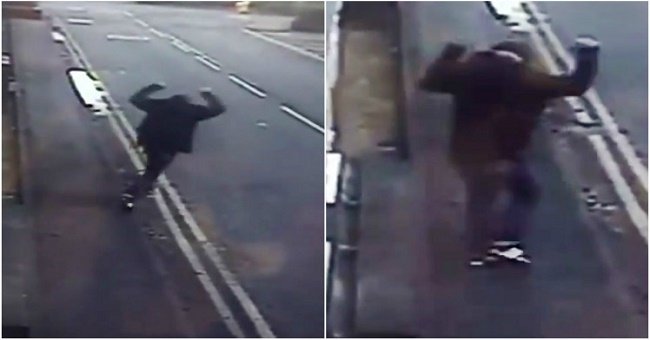 A man named Aaron Doyle shared the short clip on social media, saying “a new lad at work had been given a trial”, which led to this absolutely genuine and priceless reaction.

“He is currently staying at a homeless shelter in Wolverhampton has literally nothing and wants to get back on his feet etc. This isn’t the best. He gets given food from the church every day and brings it to work,” Aaron Doyle wrote.

“Take into account he doesn’t know where his next meal is coming and probably doesn’t eat the best. Every single morning he offers me a chocolate bar or some of his coffee and milk. Might seem like nothing to most but this guy has really won me over.”

Watch the original video below:

Got to share something with you all, this week we have had a new lad start at work been given a trial to see how he gets…

The video has since been ‘liked’ more than 58K times on Facebook since being posted online last Saturday.