For anyone else, climbing Everest would be a once in a lifetime challenge that would be life-risking venture. But for Jules Mountain (yes, that’s his name), risking his life would not be something new. Jules had survived cancer, hepatitis, liver failure, and a motorcycle crash. So climbing the tallest peak on earth was nothing new. Little did he know that his luck would change once he got there. Jules had come close to death so many times that he even wrote a book about the many experiences he had in his life. 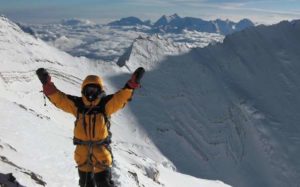 Jules was one of the few climbers that were at the base camp of Mount Everest when the famous 2015 earthquake hit Nepal. The earthquake claimed the lives of 9,000 people including 22 people on the Everest camp. It was one of the deadliest disasters in the history of Everest. Jules stayed behind and helped with emergency services and rescue missions. But he wasn’t allowed to climb the mountain, in fact, nobody was. But he would not let that stop him from accomplishing something he set his mind to. 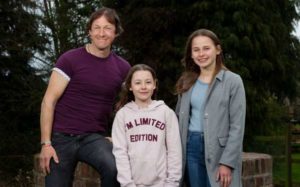 Jules is a company director who lives with his two daughters in Hertfordshire, England. In 2007 he discovered that he had a lump behind his ear that turned out to be a tumor from non-Hodgkin’s lymphoma. After chemotherapy he was able to recover and live a normal life. He didn’t let cancer stop him from living the way he wanted to. He was always looking for new challenges, whether it was skiing, riding the motorcycle, or hiking. He had climbed several mountains in the country when he was offered a chance to climb Everest in 2015. Despite missing his chance on what could have been his only opportunity, Jules joined another expedition, this time raising money for Haemotalogy Cancer Care. Jules Mountain had conquered so many things in his life. And on May 13, 2016, he conquered Everest.