In Nanaimo, British Columbia, an expecting couple chose a gory and hilarious way to announce their pregnancy. Nicole Cameron and her husband, Todd, are expecting their first baby, and, like many parents-to-be, they posed together for a maternity shoot.

But this was not your average photo shoot. Nicole and Todd grabbed some props and fake blood and posed for their maternity shoot a-la the chestburster scene of the 1979 sci-fi classic “Alien.” 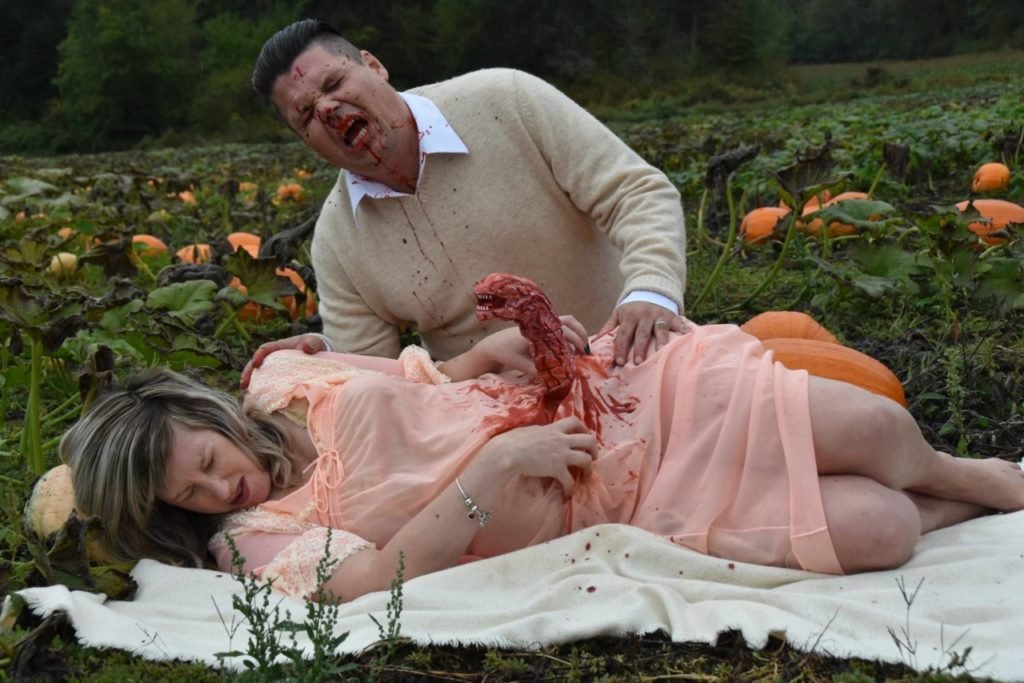 “We brought some blood, splattered ourselves and basically just had a good time out there,” Todd Cameron told the newspaper. “We just put it together to make our friends and family chuckle.”

The whole idea began as Nicole dealt with the oddities of pregnancy, like how strange it was to feel and see the baby’s elbow, feet, and hands moving around in there. Then, Todd struck gold at a local garage sale when he found a silicone model of the alien from the film, and well, the idea was born.

When Todd approached Nicole about the nontraditional idea, he had an inkling that she might be willing to humor him and go alone with it, as they had met on Halloween years before where she was dressed as a bloody zombie.

The Camerons hired photographer Li Carter, and the rest was history. The hilarious and gory photos have been shared more than 300,000 times on Facebook and the response has been so overwhelming that the Camerons have given their unborn offspring his own Instagram page, BurstonOutCameron.

While they don’t know if they’re having a boy or a girl, one things for sure, this baby is going to have a hilarious story to tell during classroom icebreakers.