Camera to be Returned to Boy after 500 Miles

A camera that filmed its journey for 500 miles across the North Sea after being left behind on a beach in Yorkshire is finally returning home to its by owner. The waterproof camera was swept up by the tide at Thornwich Bay in east Yorkshire last September and spent the past two months travelling across Doggerland before finally resting on the shore of a tiny German Island called SÃ¼deroog, in the Wadden Sea. 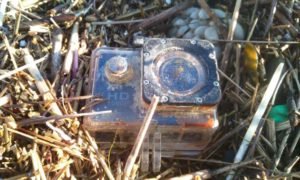 The camera was found by the only inhabitants of the island, coastal protection officers Nele Wree and Holger Spreer. They pair uploaded an 11-min clip that recorded the first part of the camera’s journey. They uploaded the video on social media in the hopes of finding the owner of the camera. After 12 days, the pair announced that they found the owner, a 10-year old boy named William from the Hull, England. It seems William’s father contacted Spreer and Wree after a friend had read a story on the internet. 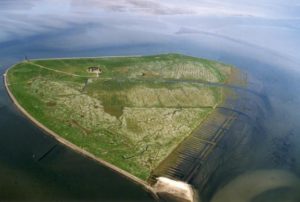 William received the camera for Christmas last year. Ironically, he will probably get his camera back by Christmas this year. Spreer and Wree invited William and his family to visit SÃ¼deroog, where they could pick up the camera in person. Wree said that they thought it would be a great ending to the story of this little boy and his camera.

William’s father said that they are thinking about the invitation, but he added that he would prefer to fly rather than take the long 2-month journey that the camera took to get to SÃ¼deroog. It may also be a little crowded in the island. The 150 acre island can only be reached by boat from Nordstrand. It is a protected bird reserve and tourists are not allowed to visit. Although they might make an exception for William and his family if they decide to visit.