Californian Ghost Town UP for Sale

For just under a million dollars, a famous ghost town in the Inyo Mountains, California can be yours. The town, called Cerro Gordo. It is a 19th century mining town that served the city of Los Angeles during the gold rush era. The abandoned settlement is now being put up for sale by the Bishop Real Estate Group in Bishop, California. Photos and videos of the site have been posted online. 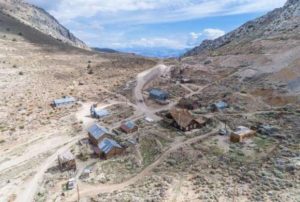 The town is located in Owens Valley near the town of Lone Pine. The property, which is listed at $925,000, comes with 300 acres of land, mineral rights, and no one around for miles. There are currently 22 structures on the site, including a historic hotel, a bunkhouse, a saloon, a chapel, and even a museum. Everything found in the structures are included in the sale, including the artifacts in the museum. 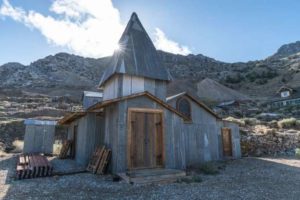 “The site has been extremely well protected from diggers, artifact looters, and Mother Nature herself,” says the listing. “Restoration has been undertaken on most of the buildings, and the rest are in a state of protected arrested decay.” Walking tours of the town can be booked through the website, and it will be continued to be offered until it is sold. The name Cerro Gordo means “Fat Hill” coming from the Mexican miners who searched the mine located in a hill for silver.

The town was abandoned after it was hit by a fire and the sudden drop of silver prices. The mining operations were briefly revived in 1905 until it was once again abandoned a few years later. The late owner Michael Patterson said that “the only sound for miles around is the whistle of the wind blowing through all the bullet holes in every building up here.”