Man Being Buried in a New BMW Goes Viral

Earlier this week, a photo went viral about a Nigerian man that was supposedly being buried in a brand new luxury car. The photo caused quite a stir on social media and it even received some attention with media news outlets all over the world. But some have questioned the legitimacy of the photo and with good reason. 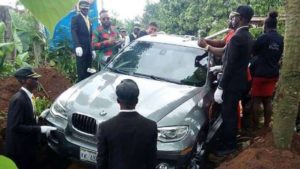 The photo was first posted on a Nigerian online news outlet. It showed what looked like a brand new BMW X6 being lowered into a grave during a funeral service. A car like that has a retail price close to $100,000. The caption of the post where the photo was published says that the car was bought for a man that passed away by his son, Azubuike. The burial was said to have taken place in the town of Ihiala in Nigeria. 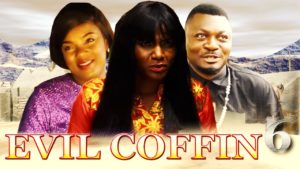 But the comments section of the post is full of people criticizing the act as excessive and wasteful, while some have come out to shed some truth on what is really happening. One comment said that it was “Nigerian and fake newsâ€¦ this is a film that’s being directed by Tchidi Chikere,” a famous local director. Another person identifies the other people in the photo as actors. One of the actors even responded on social media that she was tired of explaining the post.

The fact that the photo was originally posted on a social media account of artist and Nigerian film maker Zevi Gins makes it very probable that the photo is in fact part of a movie or show being filmed.