Singer performer Bruno Mars gave something back to a community just in time for Thanksgiving. He made sure that 24,000 people were able to enjoy a good meal on Thanksgiving Day. Mars made the announcement that he was making a donation to the Salvation Army on their annual Thanksgiving Dinner meal program. The program will be able to provide 24,000 meals to local residents. 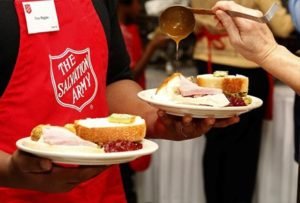 It may sound odd that 24,000 was the number chosen by Mars, but fans of the singer will be familiar with the term 24k. The number was taken from his hit song, 24k Magic. The song name is also the title of his album and his current tour. In the song, the K in 25K actually refers to karats, but it can also be interpreted as K as in a thousand. 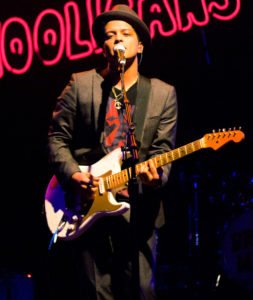 Bruno Mars recently wrapped up his global tour, which ended at Aloha Stadium in Honolulu, Hawaii. Mars was actually born in Hawaii. The 33-year old singer is actually named Peter Gene Hernandez. He is a multitalented artist as he is also a songwriter, a record producer, a dancer, and he even plays several instruments. He has also sold more than 130 records all over the world, making him one of the best selling artists of all time.

The Salvation Army regularly creates feeding programs during holidays such as Thanksgiving. But they actually have these programs all year round. They feed an average of 156,000 meals every day. People are that want to donate or help whenever they can do so through the Salvation Army website.