British Couple to Get Married in Antarctica

British couple Julie Baum and her fiancÃ© Tom Sylvester will break new ground as they become the first couple to get married in the British Territory in Antarctica. The couple plan to exchange vows on the Rothera Research Station, which is located on the British Territory of the cold continent, a little over 2,000 miles south of the Falkland Islands. They will become one of the few foreigners that have tied the knot in the region, and certainly the first British couple to do so. 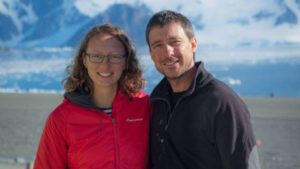 Most brides check the weather for rain or snow on their wedding day, but for Baum, she will checking for temperatures. On their special day, the forecast for the temperature will be around 0 degrees centigrade. This is actually a good temperature for the Antarctic during winter season. The couple will be celebrating with 20 other friends and colleagues that will be spending the winter in Antarctica. Both Sylvester and Baum are veteran mountaineers and certified mountain instructors and expedition leaders. 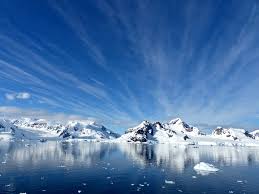 “Getting married in Antarctica feels like it was meant to be,” said Baum. “There is no better place really – I love snowy mountains and spending time in amazing places with awesome people. We have always wanted to have a small personal wedding, but never imagined we’d be able to get married in one of the most remote places on Earth.” The leader of the Rothera Research Station, Paul Samways, is sworn in to perform the wedding ceremony. The station chef will also be preparing special fare for the wedding menu, and there will be a party for two days and music from the station’s resident band.