Britain Reveals Ban on Ivory in Europe to Protect Elephants

Earlier this week, the British government announced its toughest ban on Ivory. The ban was made to further protect the remaining elephant population that has been endangered for the past few decades. The new law will be passed for all of Europe and it is one of the strictest legislation against ivory poaching and the ivory trade in the world. 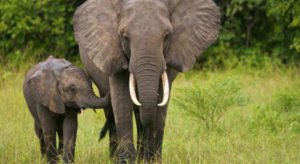 “Ivory should never be seen as a commodity for financial gain or a status symbol, so we will introduce one of the world’s toughest bans on ivory sales to protect elephants for future generations,” said Michael Gove of the Environment Secretary in a recent statement.

“This ban makes the UK a global leader in tackling this bloody trade, and it’s something WWF has been fighting hard for,” said Tanya Steele, the Environment Secretary. “But if we want to stop the poaching of this majestic animal, we need global action. We hope the UK will continue to press countries where the biggest ivory markets are, most of which are in Asia, to shut down their trade too.” 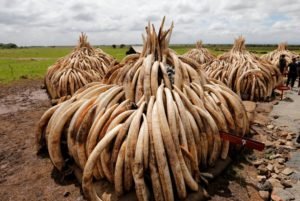 African elephants are a vulnerable species and theÂ Asian elephant is an endangered species. The ivory trade has been the biggest threat to elephants with a lot of poaching for their ivory tusks. In the past the ban has had restrictions on the age of the ivory. But this newest law brings the ban to all ivory regardless of its age. The ivory trade combined with loss of habitat has limited the elephant population. This new legislation is just the first step in trying to rehabilitate its numbers.