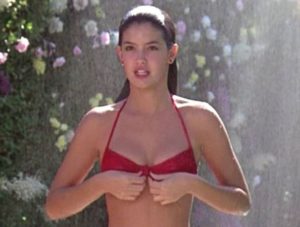 Everyone knows this movie for the hot scene where a young Phoebe Cates climbs out of the pool in a red bikini in slow motion and then slowly removes her top. The scene is actually in the head of one of the characters in the film, who is fantasizing about Cates’ character. 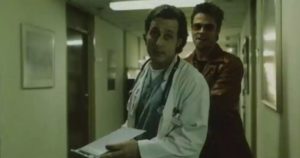 This movie is based on the novel of the same name by Chuck Palahniuk. The David Fincher cinematic version featured several split-second oddities and Easter eggs, some of which are of the character played by Brad Pitt, even before he is officially introduced in the movie.