Bride and Groom has Unusual Request for Their Guests

Couples have been known to have some peculiar requests from their guests before their ceremony. But this betrothed couple made one of the most unusual requests when they asked all their guests to take hay fever medication before they attend their wedding. This was apparently done in order to prevent an outbreak of sneezing during the actual wedding ceremony. 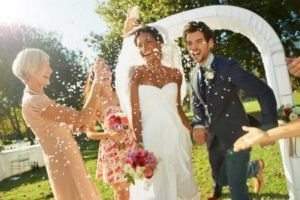 The request was discovered when a thread on the website Mumsnet asked other members to share what wedding requests they have been asked in the past. One member told the story of the hay fever request from the bride and groom for their wedding.

“‘Please remember to take some piriton before arriving. The pollen count will be high and the last thing I want is sneezing during the ceremony.’ Paraphrased but similar tone,” the mother wrote. “I can’t work out if it’s unreasonable to ask your guests to medicate themselves so they don’t sniffle.” 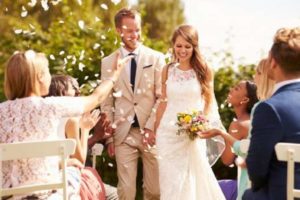 The post quickly went viral. Some people have found the request unreasonable and preposterous, while some have even called the couple crazy for making such a request. Others have said that it does make a little sense, and that a bride and a groom have the right to ask for anything for their big day, especially if there is a real chance of it disrupting the wedding.

According to Nasal Guard, as many as one in four individuals suffer from hay fever allergies. And since most weddings occur during the summer, it does make it reasonable for hosts to ask their guests to bring antihistamines before they attend the ceremony.