Boy Saves His Brother From Choking

Brotherhood is one of the strongest bonds that one can have, especially between two boys close in age. Young brothers share almost everything together, from adventures, to toys, toÂ cartoon. And while sibling rivalry may occur, there isn’t anything that a boy would not do for his younger brother. But luckily for Stanley Bevans, he had his older brother Oliver Bevans with him when an accident almost cost him his life. Last week Stanley almost choked on his food, and if it wasn’t for Oliver, who knows what would have happened. 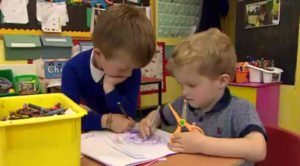 The incident occurred when the two young boys were left with their grandmother. Their grandmother had left the room briefly when the 3-year old Stanley started to choke on his meatball. The 5-year old Oliver then came to his rescue and slapped him on the back three times. By the third slap, the meatball came flying out of his mouth and he was able to take breath. Thankfully, Oliver had just learned first aid, just days before the incident. 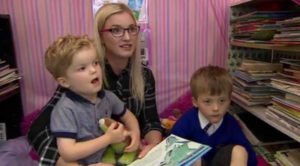 “I don’t think he will ever realize what he has done for his brother,” said Amy Bevans, the mother of the two boys. “I hope obviously in a year’s time we’ll keep telling him what he’s done but you don’t think a five-year-old could be as calm and collected and do that.” Indeed it was admirable how Oliver was able to think back on the first aid lessons that he was taught just a week before. Most adults would panic and would not know that to do in the same situation.