A six year old named Ryan is one of the youngest and richest entrepreneurs in the streaming channel YouTube. According to Forbes, this young man has made a little over $11 million in revenue this past year from his YouTube account. Ryan’s content is primarily made up of reviewing his favorite subjects: toys and games. 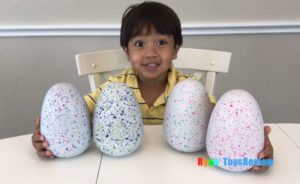 Ryan’s official YouTube username is Ryan ToysReview. He creates reviews of new toys in videos that his family produces. Ryan tied for the 8th spot on this year’s Forbes annual list of the highest earning YouTube accounts. Ryan is only 6 years old, but he already has a great head start with his own money-making channel. Ryan’s channel is tied with comedian Smosh for 8th place on Forbes’ list. 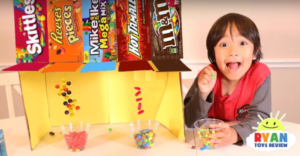 Ryan’s toy review channel started in March 2015. His videos are shot and produced by his parents, but his content is completely his. Ryan creates almost daily content for his channel, which often tackles reviews of the newest toys. Ryan started as a shy 4-year old boy who loved watching toy reviews on YouTube. Then one day, he asked his parents if he could make his own video reviews for the streaming site.

Ryan’s channel started off slowly. Then a video of Ryan opening a toy box in a video named ‘Giant Egg Surprise’ and reviewing the 100 toys he unboxed went viral, and so his views and subscribers shot through the roof. He has been among the most viewed toy review channels ever since. According to YouTube, his channel makes a steady million each month through ads and sponsors.