Boy Calls 911 on The Grinch and Saves Christmas

Earlier this week, a 5-year old boy in Byram, Mississippi, saved Christmas by calling the police to arrest well known anti-Christmas character, the Grinch. The little boy, TyLon Pittman, called 911 on Saturday night, without the knowledge of his parents, while watching the classic Christmas cartoon; the Grinch. The operator asked for the kid’s address, where a police officer was sent to investigate. 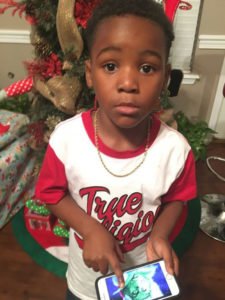 “Our dispatcher posted a status on Facebook that she had received a call from a little boy … and he told her he thought the Grinch was going to be coming to steal his Christmas,” said Byram Police Officer Lauren Develle. “I asked her to send me his address.”

When officer Develle arrived at the Pittman residence, TyLon’s family was shocked that the police had been called. Tylon’s brother TeDeara Dwayne Graves was home for the holidays and captured the interaction on video. He posted the video on social media, where it quickly went viral. 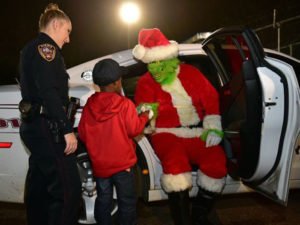 “I can NOT make this up!!!” Graves posted on Facebook. “My 5-year-old brother called the police and said that the Grinch is stealing people’s Christmas and he don’t want him to steal his, so they really came to our house!”

The following Monday, the Grinch was “apprehended” and escorted into a holding cell by officer Develle. She was accompanied by honorary junior officer TyLon, who was also wearing his new Byram Police Department baseball cap. It’s not yet clear who was dressed up as the Grinch, although it probably was one of the members of the Bram Police Force.