Best Friends for 60 Years Discover They are Actually Brother

Sometimes our best friends are so close that we consider them brothers or even part of our family. This was exactly the case with these pair of friends. In what turned out to be one of the most coincidental occurrences, a man looking for his biological father on a ancestry website ended up finding out that his best friend from school was actually his brother. 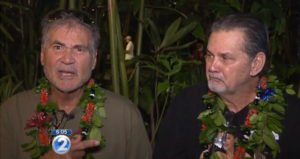 Alan Robinson and Walter Macfarlane have been the best of friends for a little over 60 years. Both of them were born and raised in Hawaii. Aside from growing up together they also bonded over the fact that they had absent parents. Macfarlane never knew his father, and Robinson was adopted. Â Eventually Macfarlane wanted to learn more about his father so he used the internet and social media to investigate. 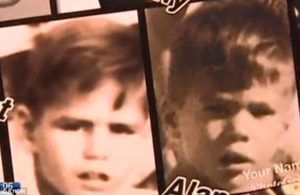 But it was only after he turned to popular family DNA matching site Ancestry.com that he got some clues about their families. It turns out that even Robinson started to use the website to get some background on his own parentage. Â It was here that both Robinson and Macfarlane found out that they had several matches in their DNA. This included identical X chromosomes, meaning they shared the same mother.

“It was an overwhelming experience, it’s still overwhelming. I don’t know how long it’s going to take for me to get over this feeling,” Robinson said. “It really is a Christmas miracle and we’re just so happy that we found it,” Macfarlane said. Both brothers will be spending the holidays together as best friends and brothers.