Bloggers Travel the World Searching for Game of Thrones Locations

Meet Tiia Ã–hman and Satu Walden. These two Finnish friends are travel bloggers that travel around the world searching for locations of their favorite movies and TV shows. One of their most popular posts are locations used to film epic movie scenes and signature TV series places. Their latest blog post was made because of a request a fan to search locations used in HBO’s hit series Game of Thrones. Their Instagram account and blog is called FanGirlQuest. 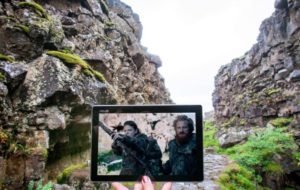 The two friends have documented their journey to 20 locations found all over Ireland and Iceland. They plan to venture into other locations, namely places such as Malta, Morocoo, Croatia, and Spain. Each time they visit a location, they take pictures on the same angle of the scenes in the TV series. They also have with them an iPad with stills of the show to guide them. 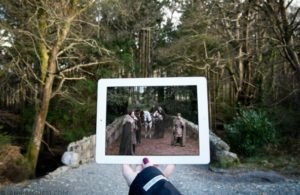 The Game of Thrones show has been one of the most popular TV shows produced by HBO. It is based on the book series created by author George RR Martin. The series takes place in the diverse kingdom of Westeros, where there are several places with different climates and terrain, which is one of the reasons why there are so many locations used for the show. Their latest trip was to places filmed for the Game of Thrones series, but they don’t limit themselves to just that one show. They also travel to locations used in shows such as Sherlock, Supernatural, Peaky Blinders, and many more.