Billion-Year Old Meteorite Is Put Up in Auction

Recently, famous auction house Christie’s put a 4.6 billion year old meteorite up for sale. The rare meteorite is part of the “Deep Impact” auction theme that will run until next week. The famous meteorite for sale is a piece of the Allende meteorite, which exploded over Mexico in 1969. There were several of these meteorites that fell on the Mexican site, which were then collected by scientists and purchased from locals that had picked them up. It was discovered that the meteorites are made up of a very rare type of material that have the oldest matter in our solar system. It considered to be among the most famous and most studied meteorite. 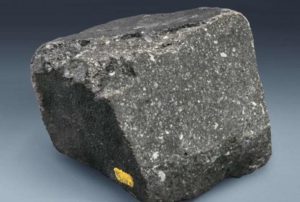 The bidding for the famous space rock starts at $20,000. It is among the most expensive public auctions for a small piece of space exploration and cosmic science. But because of its size, age, and rarity, it carries an understandable price tag. Meteorites are parts of heavenly bodies such as asteroids, comets and meteoroids. They are only classified as meteorites when they land on the surface of the planet. While most of these meteorites burn up upon entry, there are some fragments that make it to earth. 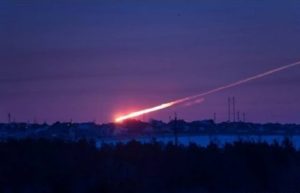 The Christie’s listing reads: “There are two fractured surfaces and one freshly cut face. Fusion crustâ€”the result of the meteorite’s burning descent through the atmosphereâ€”covers most of the specimen’s surface area. Chondrules and CAI’sâ€”the oldest substance mankind can touchâ€”are richly evident.” The age of the specimen is among the oldest matters ever found in the history of scientific discovery.