Beach in Ireland Reappears after 33 Years

Earlier this month, Dooagh beach which was swept away more than 30 years ago reappeared after thousands of tons of sand were deposited on the rocky coastline of Achill Island in Ireland. More than 30 years ago several large storms had taken away all the sand from the beach and left it with just a series of rocky pools. That was until earlier this month, when another storm, along with high spring tides returned all the sand to the beach. 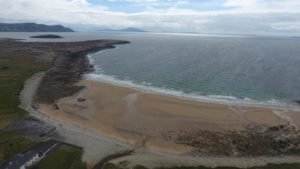 Dooagh Beach was made up of a 300-meter sandy strip on Achill Island, County Mayo in Ireland when several large storms swept away the entire beach in 1984. It would be 30 decades before the sand was returned by a weather coincidence of high tides and strong rains and winds from another large storm. According to the tourism department of Achill, the reappearance of the beach is very significant. The beach was one of the more popular beaches on the shoreline and it had once sustained four hotels and a variety of guesthouses in the area. 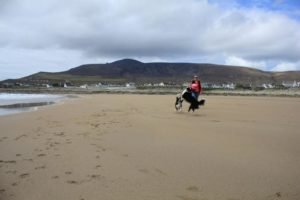 Although the island is small, with a population of only 2,600 people, it is one of the largest islands off the cost of Ireland. Achill Island is also a part of the Wild Atlantic Way, a tourist trail that starts from the south most part of Ireland all the way to the north-west point of Ireland. The local Achill government has been excited about the reappearance of the beach and hopes to add it to the 5 beaches that are currently found on its coastline.