The Joanina Library at the University of Coimbra in Portugal has one of the rarest and oldest books in the world. But they are heavily protected. Not just by the building and the librarians, but also by the bats that live there. The library currently houses common pipistrelle bats. They live in a space behind the bookshelves during the day and fly in and out of the windows during the night. According the people that run the library, these bats play an important role in preserving the books and manuscripts there. 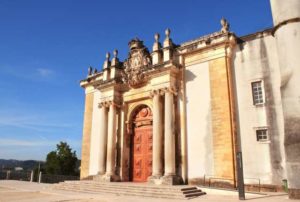 The bats don’t damage the books and because they are nocturnal animals, meaning they are most active during the night, they do not bother the guests of the library during the day. The most persistent dangers to the books in the collection are the insects. Many species of insects chew and eat paper, which would be dangerous for the rare books in the library that date as far back as the 19th century. 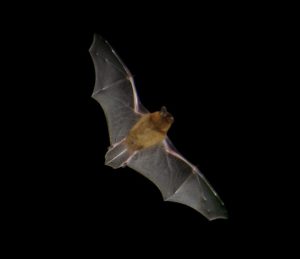 The Joanina Library is known for being one of the architecturally beautiful libraries in the world. It was built before 1725 and it has held on to some of the most important manuscripts of the area. No one knows for sure when the bats moved in, but some librarians have said that they have been part of the library since the 1800’s.

While the bats do not damage of the books, there is one downside to housing these flying mammals. They often leave guano or bat droppings all over the place. The librarians protect the library from these droppings by covering the tables and surfaces with fabric made from animal skin. They also clean the floors of any guano every morning.