Recent trends on social media show women posing their feet like the Barbie doll toys. This new trend involves pointing your feet, as if wearing heels, much like the feet of the popular doll. The new trend, coined as “Barbie Feet”, makes it look like both feet are wearing invisible heels. The trending pose involves standing on your toes and pointing the feet. 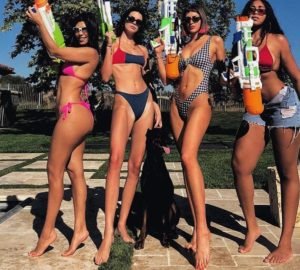 The popular pose has been adopted by several female celebrities including Elsa Hosk, Bella Hadid, Shay Mitchell, and Kendall Jenner. Their social media accounts are followed by millions making the trend even more popular, especially when they do the pose in bikinis. The pose is intended to elongate the legs and make them look flatter and sexier.

But while it is a popular trend, there are some negative effects of the “Barbie Legs” pose. Just like wearing heels, doing this pose for a long period of time can alter the structure of muscles in your calves. It can also lead to joint and muscle pain. It is also very uncomfortable to your toes and ankles. The trend also creates an unrealistic look that other women might try to reach to achieve beauty. 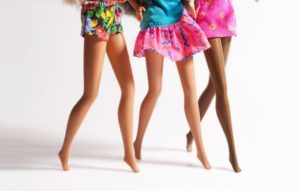 The makers of the Barbie doll, Mattel have also acknowledged the issue of the pointed feed in their dolls. They have even released a range of flat-footed Barbie dolls in 2015. A spokesperson for the company said the new brand will try to “represents the world girls see around them as we try to continue the evolution of the Barbie brand.”