When it comes to enthusiastic sports fans, football fans definitely take it up a notch in terms of loyalty and dedication. This was evident in a soccer fan in Turkey named Ali Demirkaya. Ali did whatever he could to watch his favorite team despite being banned from watching a match in the stadium. Demirkaya rented a crane so that he could get a view to watch the football match. 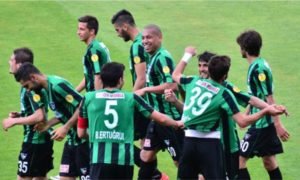 Demirkaya was banned from the Denizil Ataturk for some unsaid reason. But that didn’t stop this hardcore fan from watching one of the most important matches of the team. He rented a crane so that he could watch his favorite team, Denizlispor, defeat Gaziantepsport 5-0. Not only was he able to watch the match, he even led the crowd in some chants.

The man was nicknamed “Yamuk Ali” or Odd Ali by the internet. Ali was suspended for a year and was banned from attending games but he said that he couldn’t miss this game, so he decided to rent the crane. According to Demirkaya, the crane cost him only $86. He also said that he had a nice view from the basket of the crane. 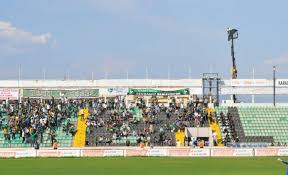 “That match was very important for our team,” explained Ali, “I had to go to the police station to sign a paper to show that I am not watching the match in the stadium. Then I quickly went to rent the crane.” Demirkaya was able to watch most of the match until the police came and had the crane lowered for safety purposes.