Earlier this week a Finnish Bakery and food service company launched what was said to be the world’s first insect-based bread in its stores. The Fazer Bakery bread is made from wheat flour and seeds and the special ingredient of flour ground from dried crickets. The bread contains more protein than normal wheat bread because of its special ingredient from insects. 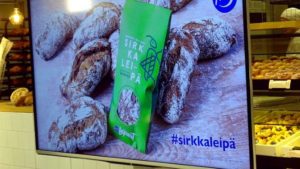 Each loaf of these special insect wheat breads contains around 70 crickets and costs around $4.7 dollars or 4 Euros. Most of the normal regular wheat bread loaves cost around 2-3 Euros. There is a growing demand to find more food sources and a desire to treat animals more humanely. This has raised interest in using alternative protein sources, such as insects, in the diet of several Western countries.

“It offers consumers with a good protein source and also gives them an easy way to familiarize themselves with insect-based food,” said Juhani Sibakov, head of innovation at Fazer Bakeries. In November, Finland joined five other European nations in allowing insects to be farmed and marketed as food. The other countries include Austria, Britain, Belgium, Denmark, and the Netherlands. 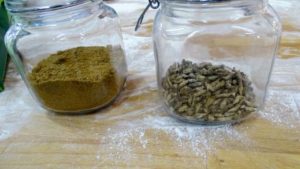 Sibakov also said that the Fazer Bakery has been developing the bread since last summer. They had to wait for the legislation to be passed to use insects in Finland before launching their special bread. So far customers have said that they have not noticed the difference between the taste of the insect bread and normal wheat bread. There is only a limited supply of crickets so the insect bread will only be sold in 11 bakeries in Helsinki.