Parts of a castle in Scotland were closed last week because of a very volatile badger. According to the Historic Environment Scotland, parts of the Craignethan Castle would be closed over the weekend due to the presence of a “very angry badger” that could not yet be relocated. According to official tweets of the agency, the staff maintaining the castle tried to lead it out with cat food and honey, but they were unable to convince it to leave. 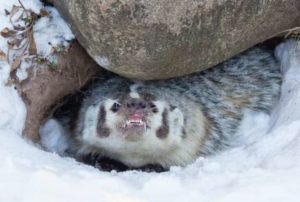 “If you’re heading to #CraignethanCastle over the next few days you might find the Cellar Tunnel closed due to the presence of a very angry badger. We’re trying to entice it out with cat food & send it home” sand a spokesman for HES told the BBC, “The castle is surrounded by woodland and we believe the badger may have become lost. Staff first spotted some dug-out earth on Wednesday evening, and later spotted the badger on closer inspection.” 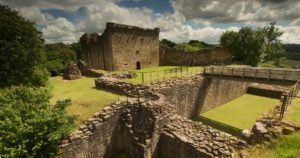 The staff used a GoPro camera to check the tunnel system that was part of the castle and found that the badger had left, but it left behind quite a mess. The mammal dug through soil and stonework. The castle was an artillery fortification that was built around 1530. Most of the castle is already in ruins and renovations are currently underway.

Badgers are not usually dangerous, but they can be very aggressive when they are cornered or if they feel threatened. Badgers can be seen in Scotland all year round, but they are especially active during spring and summer. They eat earthworms, bird eggs, smaller mammals, fruits, and roots.