Baby Born On the Same Day as Dad and Great Grandfather

On the first of July, Beauden Matthew James Eppard entered the world as a crying 8-pound, 11-ounce bouncing baby boy. Baby Beauden was born 17 days earlier than when he was expected, but despite his premature birth, he was born healthy and strong. One of the reasons why his parents did not mind his early birth was because he was born on the exact same day that his father, Connor Eppard was born. Even more amazing is the fact that it is also the same day that his great grandfather Elmer Morrisette was born. 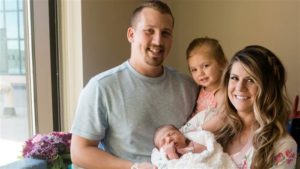 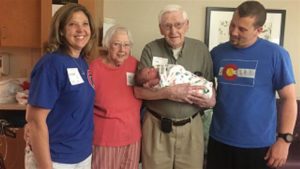 “When we found out last fall that we were going to have a little baby, it just happened that the due date was close,” says Connor, “We kind of joked about having all three of us on the first, but didn’t really take it seriously.” Beauden’s mother did not want the baby to be born on the first because it was over two weeks premature. But in the end they counted it as a blessing because baby Beauden came out healthy. One of Connor’s first calls was to his grandfather so that they could exchange birthday greetings, but also so he could break the surprising news of the birth date of his son.