As obscure as it may seem, 20 minute old Ann Marie Vancil managed to break a world record when she became the youngest person ever to be in the Stanley Cup. Is there even a category for that? I suppose there is now. 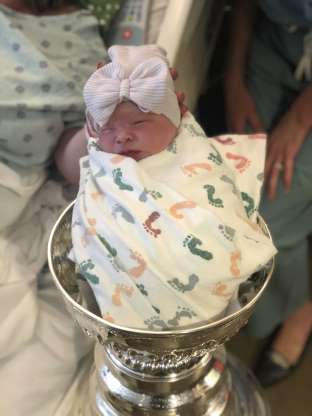 For parents Elizabeth and Cyrus Vancil, hockey super-fans, everything came together perfectly.

Their favorite team, the St. Louis Blues, had just pulled off an unlikely win in Game 4 of the Stanley Cup Finals the night before, tying the series. The soon-to-be parents had hosted a watch party in their room at Mercy St. Louis Hospital while waiting on Ann Marie to be born, and were thrilled when their team won 4-2.

“We had a watch party while I was in labor,” Elizabeth told TODAY. “That’s what most people do, right?”

Little did the expectant mom know that with Stanley Cup fever sweeping the city, the NHL brought the famous trophy to Mercy St. Louis Hospital in the hopes of breaking the record for “youngest baby in the Stanley Cup.”

A family member in the hospital tracked down the trophy and medical staff asked Elizabeth and Cyrus if they wanted to break the record. 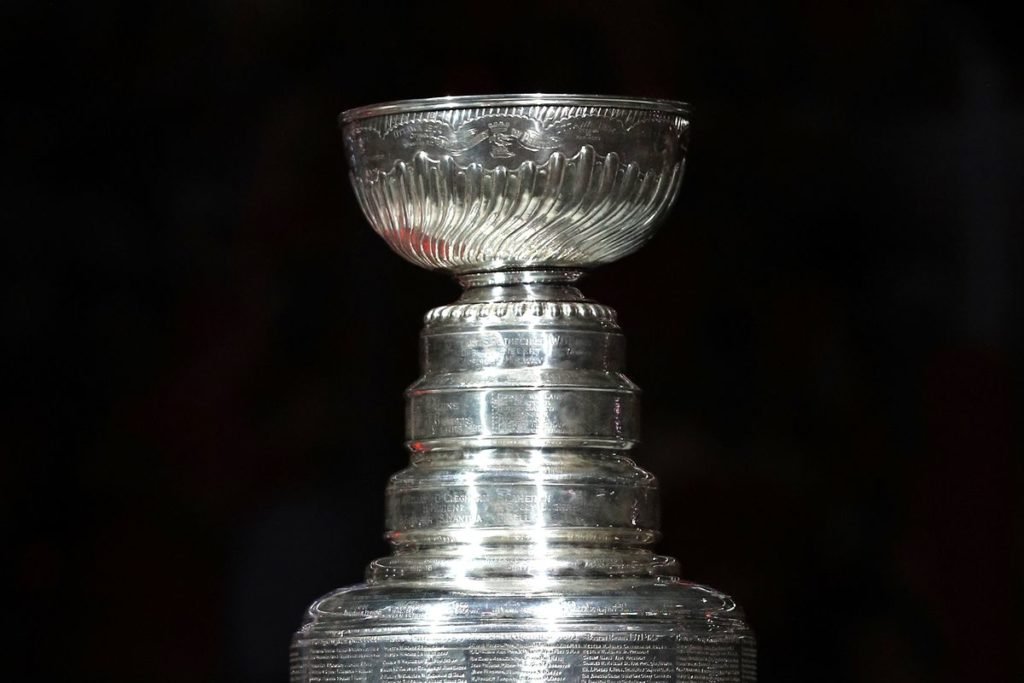 There was just one danger to skate around – there’s a lot of superstition around touching the Cup, and the Vancils wanted to make sure they didn’t do anything to jeopardize their team’s potential win. They were careful to wrap Ann Marie in blankets, and nobody but the Cup’s official ohlder laid a finger on the trophy.

The Vancils think that at 20 minutes old, they have a good shot at holding onto the record.