Astronaut has Some Unusual Pets in Space

NASA astronaut Randy Bresnik is currently on board the ISS or the International Space Station. During his time there, he has answered many questions from people all over the world. One of the more interesting questions was asked by his two kids. They asked him if he had any pets in space, and his answer was priceless. He said that he made his own pets. 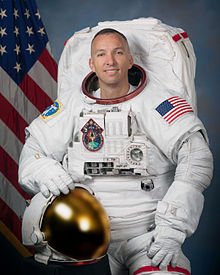 And true enough, he sent a picture of his so-called pets on posted them online. The two pets were made of colorful balloons. Bresnik said he named them Pinky and Spotty. The photo he shared through social media showed two balloon animals floating around in the space station. The first pet is a yellow giraffe named Spotty. The other pet is a pink animal named Pinky. Bresnik has yet to say what type of animal Pinky is. What we know for sure is that Pinky has a long tail. 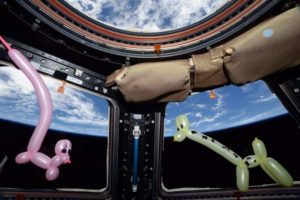 Bresnik used a marker to add spots to the giraffe, as well as eyes and a mouth on both balloon animals. The International Space Station has been known to host furry animals such as mice, but they are aboard the station not as pets, but as part of the science missions conducted by NASA. So Bresnik had to be a little creative when coming up with pets to accompany him at the station.

“What do you do when your 7- and 11-year-old children ask you if you have pets in space? You make them of course!” wrote Bresnik.