Last week, the skeleton of a famous pirate may have just been discovered in Massachusetts. Researchers in the area announced that they found a human skeleton near a shipwreck that went down off the coast of Cape Cod. The shipwreck and the skeleton were dated to 1717. The remains could belong to New England’s most popular pirate, Samuel “Black Sam” Bellamy. 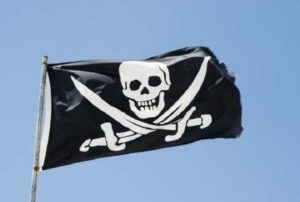 As a pirate, Bellamy was said to have captured 50 ships from 1716 to 1717. According to Forbes magazine, the loot of Bellamy was estimated to be worth $120 million in modern wealth. Despite his nickname being “Black Sam”, Bellamy was actually hated wealthy elites and often referred to himself as the “Robin Hood of the Sea”. Bellamy’s flagship was the 300-ton Whydah, a former British slave vessel. In 1717, a storm sank the Whydah off the coast of Wellfleet. Most of the crew, including Bellamy, went down with the ship. 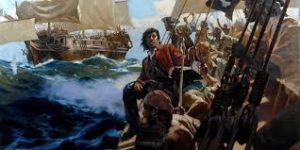 This past November, researchers at the Museum found parts of a human skeleton inside a hardened block of sediment. The block was taken from the area near where the Whydah sank. The slab also contained a belt, some cufflinks, and a pistol. According to recent reports, it is this pistol that is being associated with Bellamy.

Forensic researches from the University of New Haven also plan to compare the DNA extracted from the bones to a living Bellamy descendant in England. If the skeleton turns out to be the famous pirate or someone else, it is still planned to be interred at a later date. Later this week, the bones will be placed on display during a press conference.