In Eastern China, archaeologists have found 5-thousand year old skeletons of ancient people that were characterized as being tall and strong. According to the measurements of the bones found in the site, several of the specimens were measured at 1.8 meters (5 feet and 9 inches) or taller, with one of the skeletons measuring to have been 1.9 meters (6 feet 2 inches) tall. The site was located in the Shandong province in China. 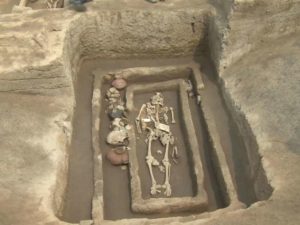 Although these measurement are not considered to be towering by Western standards, these measurements would be tall for the Chinese region of Asia, and would be absolutely gigantic in ancient times. The excavation site found in the village of Jiaojia had found 104 households, 205 grave sites and 20 sacrificial pits. Aside from the remains of these gigantic men, there were also several pots and jade artifacts found in the site. 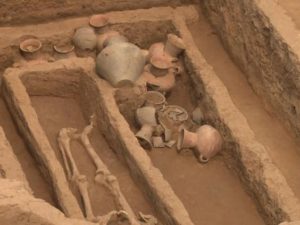 The populace that had been in the region was believed to have comfortable lives. The houses that were found were built in a row and each house was found to have living quarters, bedrooms, and kitchens. This was particularly rare during that time period, when most households just had one room. The archaeologists also discovered that the artifacts and bones were from the late Neolithic era, when people lived off of pigs and millet.

Despite the strange height difference, the locals in the Shandong province actually take pride in their height. In a study conducted in 2015, the average height of the men in the province was 1.75 meters. They also have a rich past of tall historical figures. Confucius, probably one of the most famous Chinese philosophers, was from the Shandong province. He was reportedly 1.9 meters tall.