An 8-Year-Old is Responsible for the Newest Fortnite Skin

The latest character skin added to Fortnite Battle Royale was inspired by none other than an 8-year-old boy who begged his father to submit his suggestion to Fortnite Developers. And, well…it worked. 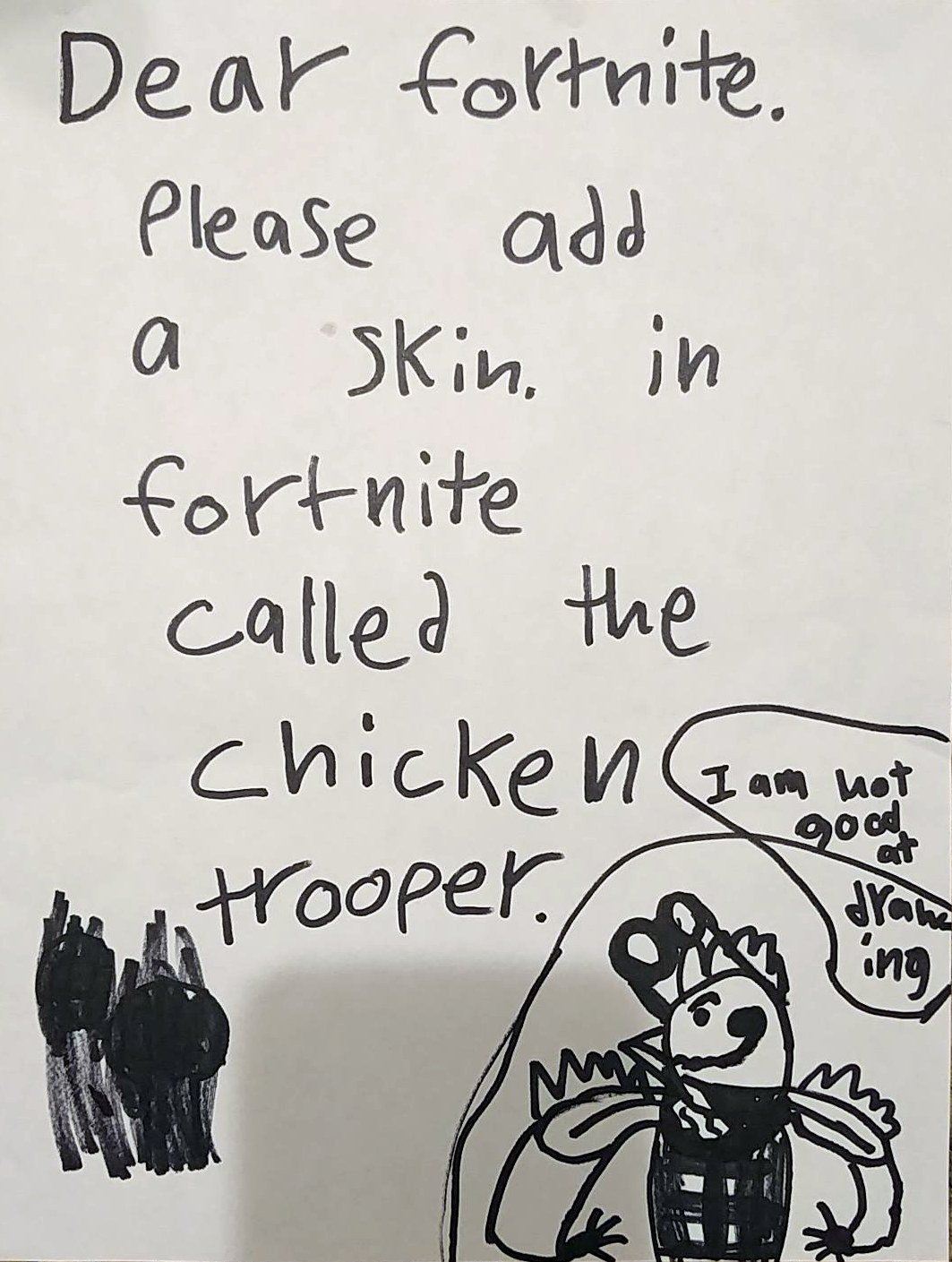 The dad, unclear on what exactly a “skin” was, took months to follow through with his son’s request, but when he finally did,Â the post gained a fair amount of traction (due to equal parts hilarity and adorableness).Â A more polished concept for the Chicken Trooper was executed by Ryan Bredahl, who spiced up the original artworkâ€”on which the boy had written “I’m not good at drawing” in the lower righthand corner. I think we’ve got a case of humility, here. That drawing could be worth millions. 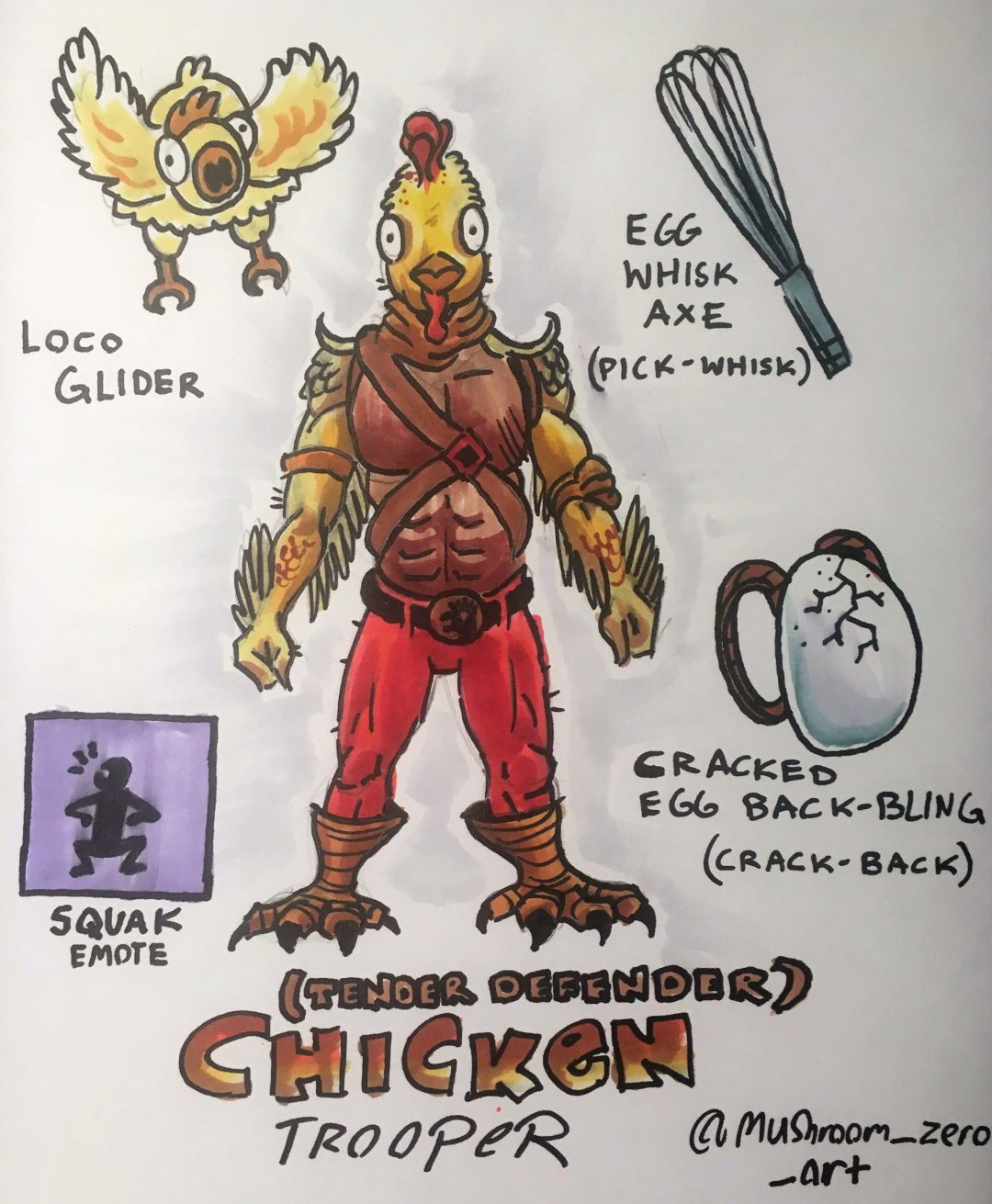 The Tender Defender outfit is paired with an egg-shaped backpack and a red bandana. 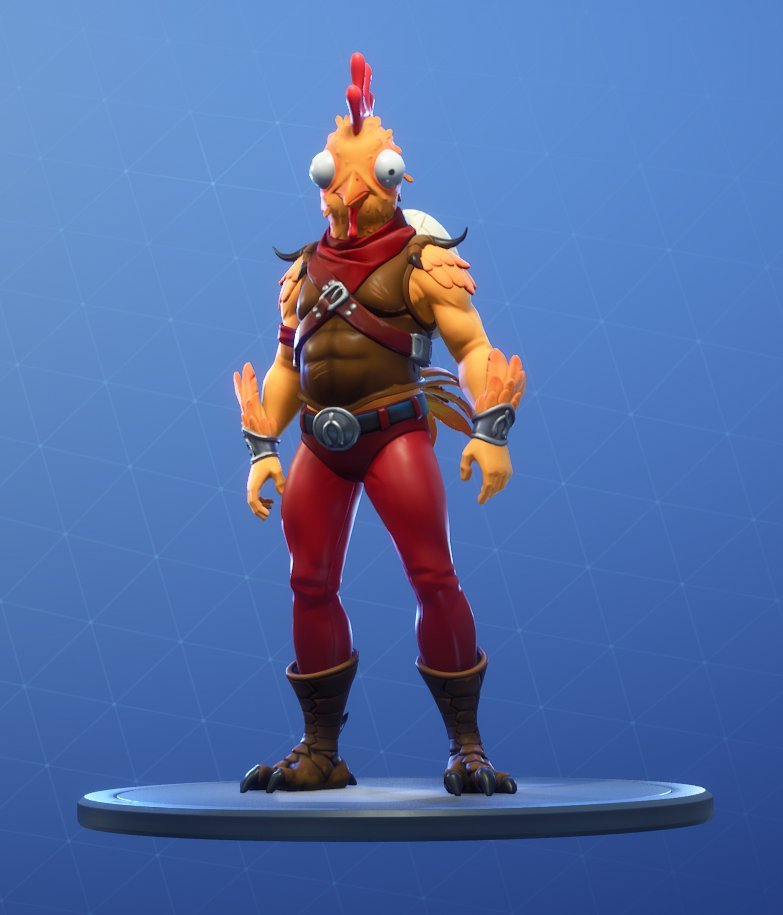 Connor, the young creator of the concept, was absolutely thrilled. “You guys made me the coolest dad alive,” said his father. The skin is available for purchase in the Item Shop for 1,500 V-Bucks as an Epic rarity skin.