When we were young, our parents always told us that talking to strangers can be dangerous. But we also learned that advice can be very valuable, especially if it leads your own benefit and improvement. That’s exactly what happened to this 51-year old woman from Silver Spring, Maryland. She took the advice of some random stranger and won the lottery prize of $100,000. 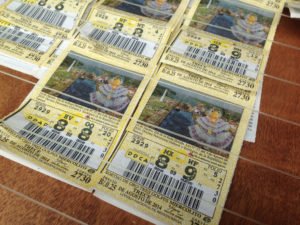 The woman, who chose to remain anonymous, usually bought a certain kind of lottery ticket at her local grocery store. But just when she was about to buy her usual ticket, a stranger told her to switch it up. The woman usually buys a $1 to $2 lottery ticket each time she went grocery shopping, but then she always bought the inexpensive tickets.

“It felt weird paying $5 for a lottery ticket, so I stuck to the lower-priced games,” she said. “I did pretty well with them, too.” But then the stranger also added that the more expensive tickets had better prices, so she decided to try it out. “I figured, why not?” she said. 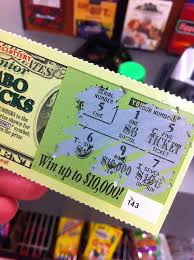 “I always scratch my tickets at home, always,” she said. “But this time, I did it right there.” When she saw the numbers, she couldn’t believe that she had won the jackpot prize of $100,000. The stranger was also overjoyed at the win.

“He started yelling,” she said. “There were a lot of people in there and in a minute or two, they were all gathering around to congratulate me.”