25-year old Aaron Judge has just broken the home run record for a rookie in the Major Leagues. The New York Yankee outfielder hit his 50th home run to overtake Mark McGwire’s 49 home run mark that he set during his rookie season in 1984. This record breaking feat, along with his performance all year, has cemented Judge’s chances of winning the rookie of the year, and puts him in contention of winning the AL MVP award. 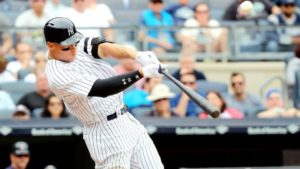 Judge broke the record when he hit two home runs against the Kansas City Royals. He hit a home run in third inning, and hit another one in the seventh. Judge has an imposing figure at 6-foot-7 and weighs almost 300 pounds. He uses all of this muscle to become one of the most imposing power hitters in the American League. Most sports analysts say that Judge reminds them of past eras where power hitters were in abundance.

“He’s got power like Stargell, McCovey,” said Reggie Jackson, a former New York Yankee and supporter of Judge’s career since he was only playing in triple-A baseball. Â “Opposite-field power, which is the best power you can have. That allows you to wait on the ball. He has power like a guy from the ’60s and ’70s.” 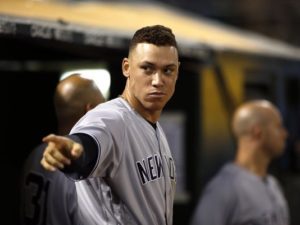 Judge was one of the headliners in the New York Yankee 2017 season. He led them to one of the best records in three years and powered them to a playoff berth as the wild card of the American League. Judge was also selected to be an All Star this year, and the right fielder even won the home run derby during the All-Star weekend. His pace of hitting slowed somewhat after the All-Star break, but he has regained some of his form to end the season.