A Parrot Has Become Best Friends with Amazon’s Alexa

An African grey parrot has quickly learned that he has friends in high places.

Amazon’s Alexa has become Rocco’s friend while his owner is away at work. Rocco has tried to order watermelons, strawberries, light bulbs, ice cream, a kite, and even trash bins!

Luckily, Rocco’s owner has a parental lock on Alexa so Rocco will not be receivingÂ his items.

In addition to ordering things, he also likes to put on some tunes. 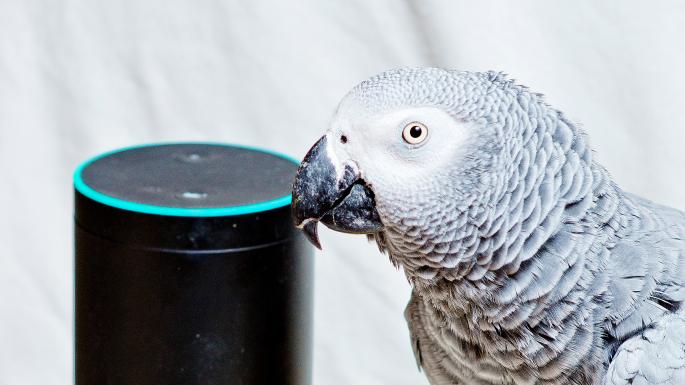 He also gets the device to tell him jokes and play his favorite tunes. I’ve come home before and he has romantic music playing,” his owner has said. “One of his favorites is Kings of Leon, which he dances to. Foo Fighters, he likes them.”

Rocco has some pretty good taste, in goods and music!

Rocco has been put in his owners care after he was causing havoc at a shelter by cursing and throwing his water bowl around. No one can stop Rocco!