A Canada man will finally learn what his “first true love” gifted him for Christmas forty-eight years ago. In 1970, Adrian Pearce’s high school girlfriend handed him a Christmas gift, and promptly dumped him afterward. 48 years later, and he’s finally ready to open itâ€”with both his current wife and his ex by his side.

The guesses ranged from books to chocolates to an 8-track tape. The news made international headlines. Vicki Allen, his old flame, traveled to Edmonton just to open it for him. They met at GeorgeÂ S. Henry Secondary School in Toronto. Allen and Pearce stood on stage in a packed cafÃ© northwest of the city while Pearce’s wife, Janet, watched from the audience.

If this doesn’t scream Canada I don’t know what does https://t.co/IkS8AgGcmL

“Oh no!” Allen exclaimed upon realizing what it was. “I can’t give that to him!” 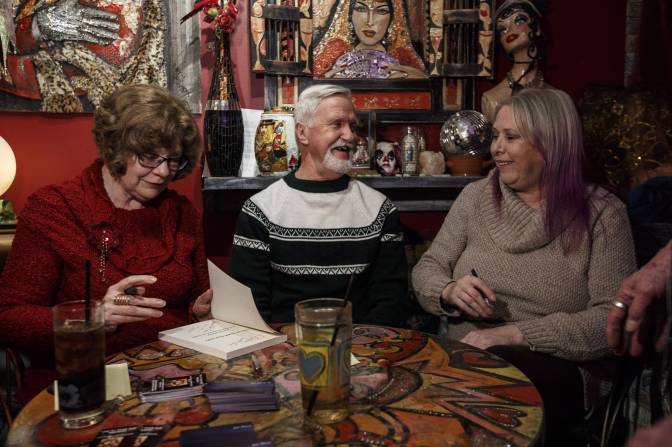 It turns out that Allen had bought him a book called “Love Is: New Ways To Spot That Certain Feeling,” complete with cartoons and cute quotes about love. The event was a fundraiser for a local charity that provides Christmas meals to families in need. Irony, as it has been discovered, is not for the weak of heart.