A man named Luther Young is making the rounds in social media because of his determination and his love for his wife, Waverlee. Despite being 99-years old, Luther from Rochester, New York, walks six miles each day to the hospital to visit her. Luther has no car, but that has not stopped this senior from walking all those miles just to see his wife. 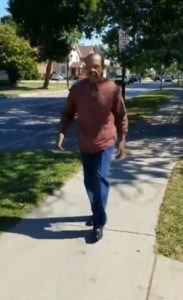 The story of Luther and his daily trek has reached news outlets all over the nation. But despite being known by almost everyone in his area, he stills walks each and every day to visit his wife. When people ask him why he walks 6 miles each day he always gives the same answer: “I love my wife”. Luther and his wife have been married for 55 years.

“I want to see my wife,” he says. “She made a man out of me. She made me more than I ever could be.” Luther’s wife was diagnosed with a brain tumor in 2009. Ever since then, she’s been in and out of hospitals. But each step of the way, Luther has been there for her, and he makes sure to visit her each day that she is in the hospital. 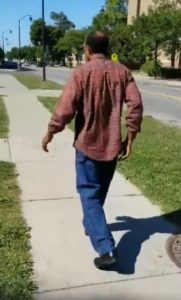 Luther says that people often approach him and offers him rides, but he always declines. He says he likes to walk because it clears his mind and he is used to it because he’s been working hard labor for most of his life. Luther is also a former Marine who fought in the Korean War, and he prides himself on his physical strength. Thankfully, a News outlet reported that Waverlee is expected to leave the hospital soon.