Earlier this week, a “gliding” beetle was found stuck in amber. The miniscule insect was said to have been trapped 99 million years ago. Scientists that have been studying the creature also found that it had feathery fringes on its wings that would allow it to glide, or float, like a glider. The name insect was named “Kekvus Jason”. It was named Jason as a reference to the Greek hero Jason and the Argonauts, who sailed around the world and crashed his ship into a rock. The beetle was studied by researchers at the Field Museum in Chicago. The findings were published in the journal Cretaceous Research. 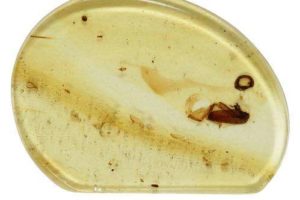 The amber allowed the insect to be preserved in its state for more than 99 million years. Tine insects are very fragile and they do not have bones so it is rare to find fossilized remains like dinosaurs. The chance that the animal would remain preserved for this long is very slim. Amber is the fossilized tree resin that is very sticky at first then hardens like rock. The plants and animals that are preserved in amber are usually kept in incredible detail. 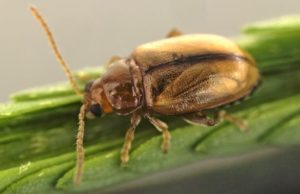 Amber is mined by the tons in Myanmar, but most of it is cut and sold for jewelry. The most well known pop culture reference of an insect being trapped in amber is in the movie Jurassic Park, where a mosquito was preserved in amber containing dinosaur blood.

“This tiny beetle lived during the Cretaceous Period, it saw actual dinosaurs,” said Shuhei Yamamoto of the Field Museum in a press release. “The amber the beetle was found in is like a time capsule.”