In every wedding, one of the first and most important things that needs to get done is getting the perfect gown. Each bride has her own preference, and in the end, they are entitled to make the final decision. But it is also advisable to get a second or even a third opinion. That is why 93-year old bride to be Sylvia Martin from Canberra, Australia, decided to use the internet to help her pick out the dress for her upcoming wedding. 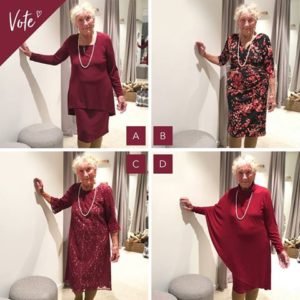 Martin is getting married to her boyfriend of more than 20 years, 88-year old Frank Raymond. According to the couple, this isn’t the first time he’s asked her to tie the knot, but it is the first time that she said yes. The betrothed couple live in a retirement village and Martin was always hesitant to get married as she was worried that it would be disrespectful to the memory of her former husband. 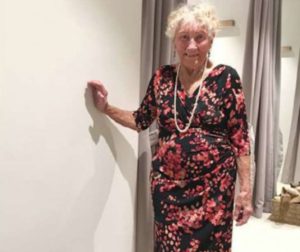 The staff of dress shop called the Birdsnest was touched by the couples’ story and shared the romance on their social networkingÂ page. They asked netizens to pitch in with their opinions on which dress would fit Sylvia the best. In less than 48 hours, there were over 40,000 comments as thousands of strangers offered their opinionÂ on the best dress for Martin. Sylvia was touched by the response and used all the feedback to make her final decision. After thinking about it for a few days, she decided to wear one of the options, which was the ‘Sacha Drake Cipolla’ dress.