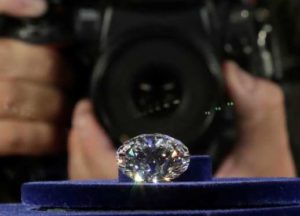 The diamond is cut in the traditional round-cut style. The 2.5 centimeter diameter is around the size of a human eye. The gem is the centerpiece of the Dynasty collection. According to Alrosa, the diamond has the potential to be the most expensive diamond sold in Russia because of its quality. It took one and a half years for Alrosa to create the five diamonds for the collection. The diamond came from a massive 179-carat Romanov rough diamond, which was extracted at one of the mines in the far eastern region of Yakutia in 2015. 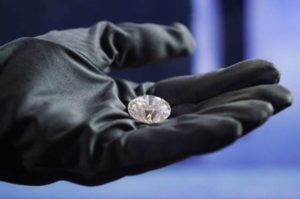 The collection of gems is dedicated to Tzar Peter the Great, who was the architect of the city of Petersburg. He was also the patriarch of the Romanov dynasty, one of the most popular ruling families in the history of Russia. The main and biggest diamond is 51.38 carats and has 57 facets in its traditional round cut with triple excellent cut, D color, and VVS1 clarity. During the media presentation of the collection in Russia, the chief executive of Alrosa said that the company planned to sell the collection as an entire set. The starting price of the auction is projected to be no less than $10 million.