Earlier this week, a man reportedly paid $10,000 for a single shot of whisky. The unnamed Chinese man reportedly entered a Swiss hotel bar for a glass of whisky. The shot that he requested was from a bottle from the well-respected Scotch make Macallan. The Macallan bottle was made in 1878 and it was an unopened bottle of whisky. 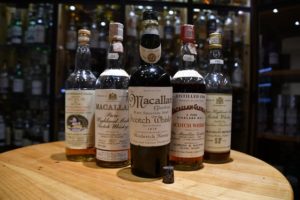 According to an employee of the luxury Waldhaus Hotel in St. Moritz in northeast Switzerland, the man paid for a single shot that was worth 9,999 francs or $10,000. The bottle was owned by the hotel’s Devil’s Place Whisky Bar. The bar is known for its 2,500 bottle collection, which includes several of the rarest whisky bottles in the world.

The owner of the bar said that he did not expect to open this particular bottle. But the customer, who entered the bar with a group, expressed particular interest in the Macallan’s whisky. They had several Macallan’s bottles that ranged from just seven francs to the 1878, which was ten grand. They also had 47 different options for sale. The owner told the customer that the most expensive bottle was not for sale, but the customer persisted. After getting clearance from his father, who ran and operated the hotel for 20 years, he relented and sold the man a glass of the 1878 Macallan. 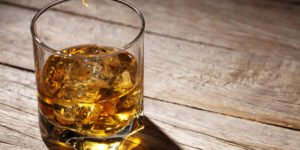 The shot was made in the traditional two celitliter measure (0.66 ounces). The first glass from the bottle is the most expensive, but the remaining whisky in the bottle is going to be sold at a lower price. Before the bottle was opened, it was valued at 50,000 francs. The price is relatively modest compared to the recent record breaking whisky bottles sold in auction. A special blend of Macallan was sold in Hong Kong for $600,000 in 2014.